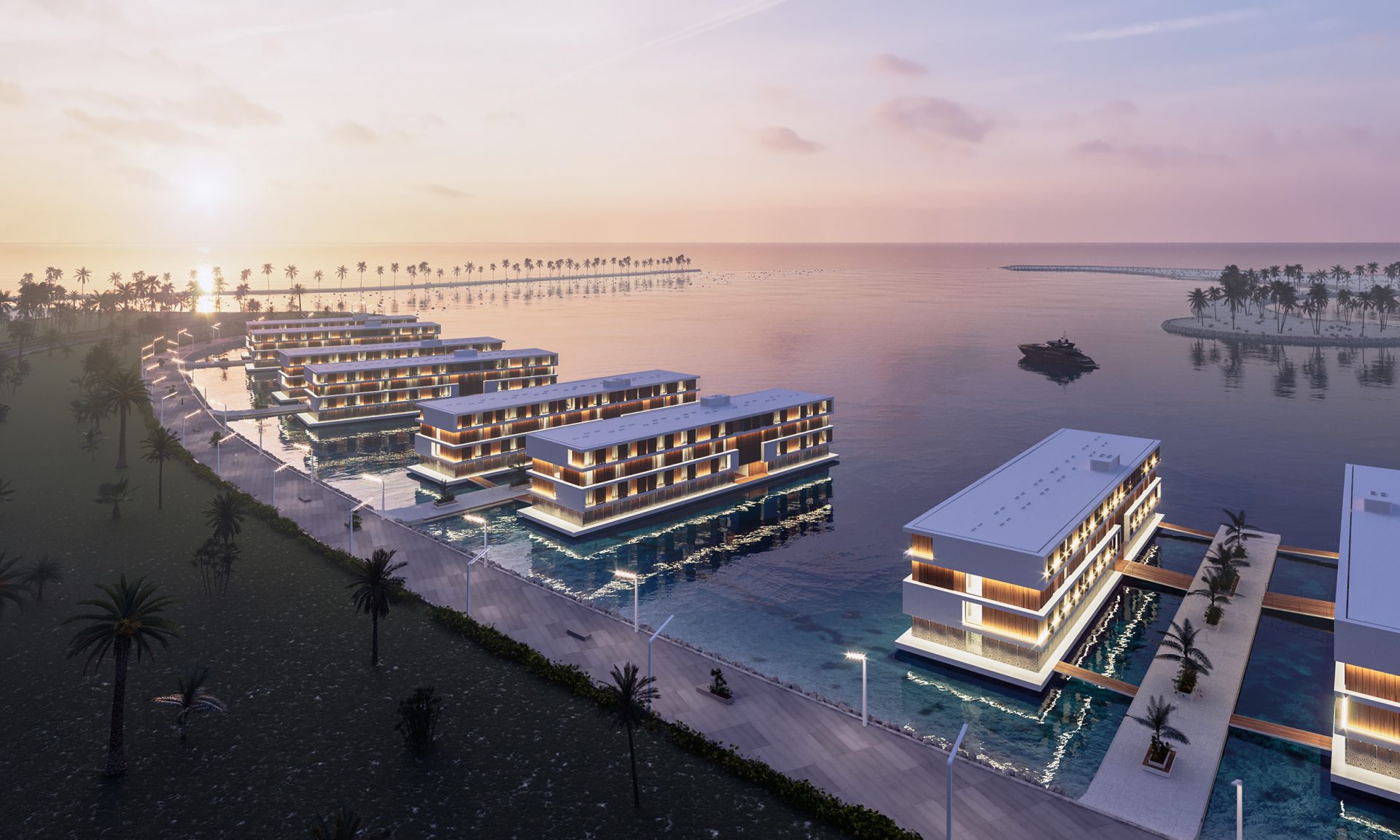 Qetaifan Island North, a large-scale project of the uniquely designed distinct island with an ultra-modern waterpark, luxury hotels, and high-end facilities, is the first development of a real estate development company Qetaifan Projects. The honorable winner of Luxury Lifestyle Awards, Qetaifan Island North is Qatar’s future iconic tourist, hospitality, and entertainment destination and significant part of fans’ and tourists’ accommodations during the 2022 World Cup. Chief Operating Officer of Qetaifan Projects and one of the main ideological inspirers of Qetaifan Island North, Mr. Hesham Sharaf, has kindly agreed to answer our questions about the impressive development.

Luxury Lifestyle Awards: Thank you for your time. You are one of the key persons and inspirers of Qetaifan Island North. Could you please tell our readers about yourself and your background?

Hesham Sharaf: I was appointed as the Chief Operating Officer of Qetaifan Projects in 2017, where I oversee the company’s daily operations and the development management of Qetaifan Island North. Over the past 8 years, I had worked for several prestigious government institutions in Qatar as a Real Estate Development & Investment Advisor/Director. I am also a regular member of the American Urban Land Institute and the CFA Institute, Qatar & Arabia CFA Societies.

LLA: How did the idea of a massive Qetaifan Island North project come about?

Hesham Sharaf:  The idea came based on a need of an internationally renowned Entertainment landmark in Qatar to be inaugurated at the FIFA World Cup 2022. 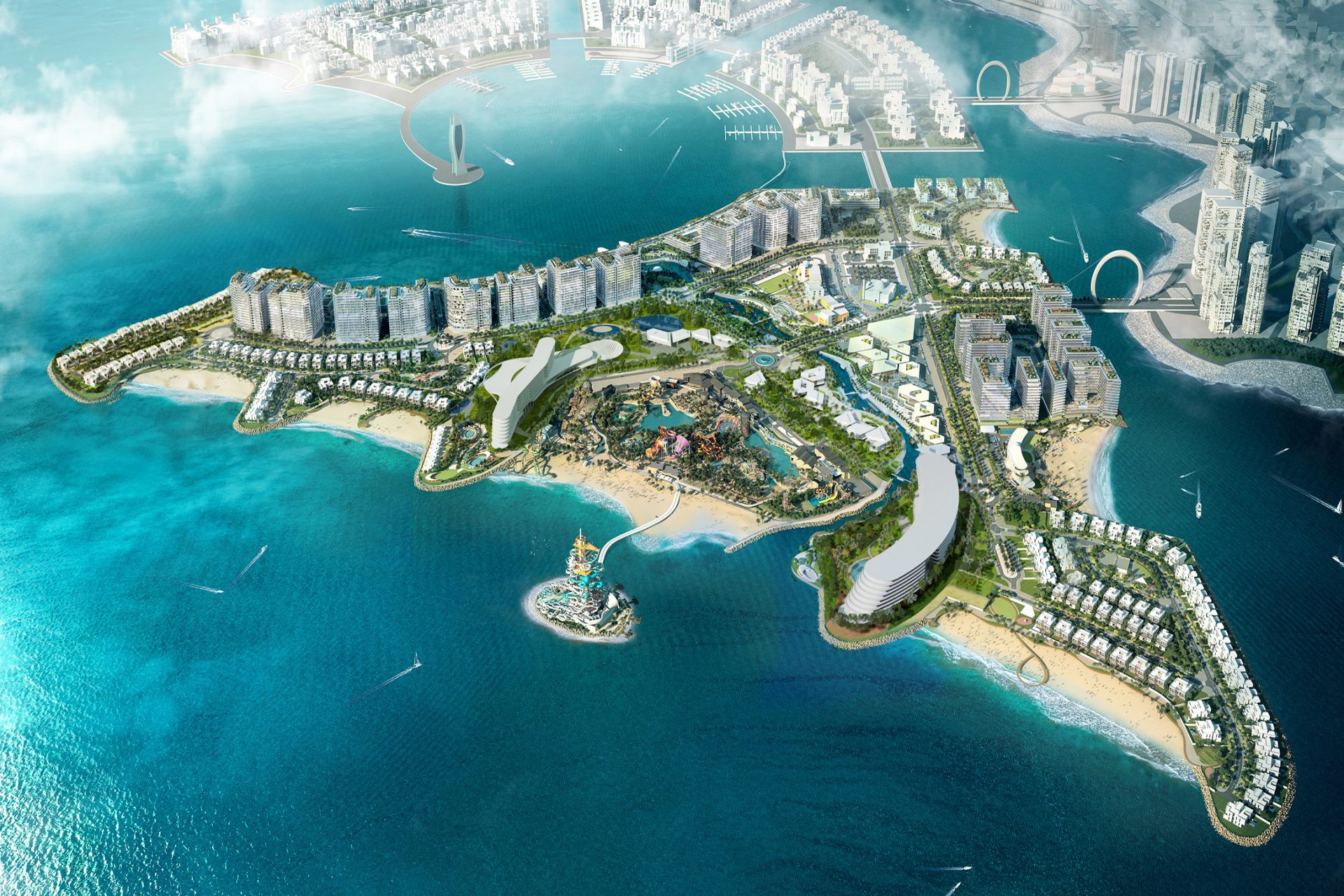 LLA: What factors played a role in the fact that this particular island has become a location for the development?

Hesham Sharaf: Qetaifan Island North, the first Entertainment Island in Qatar, is the closest to the Lusail stadium where the inauguration of the FIFA World Cup 2022 will take place and hence it will serve as a touristic destination and attract tourists/fans to the Water Park that will be operating during the world cup.

LLA: Qetaifan Island North is an ambitious development featuring many areas of work. However, how would you briefly describe it to those who hear about it for the first time?

Hesham Sharaf: Qetaifan Island North is the first family-oriented master-planned community entertainment island in Qatar where the concept of ‘live’ & ‘play’ are intertwined. The entertainment aspect is reflected around the island through the Waterpark, Linear Park & 6 beaches backed by hospitality composed of a beachfront hotel operated by Rixos & leisure component resembled by the beach club.  As for the live concept, the residents have 360 waterfront views and surrounded by necessary amenities such as k-12 school, medical center, mosque, and various retail outlets. 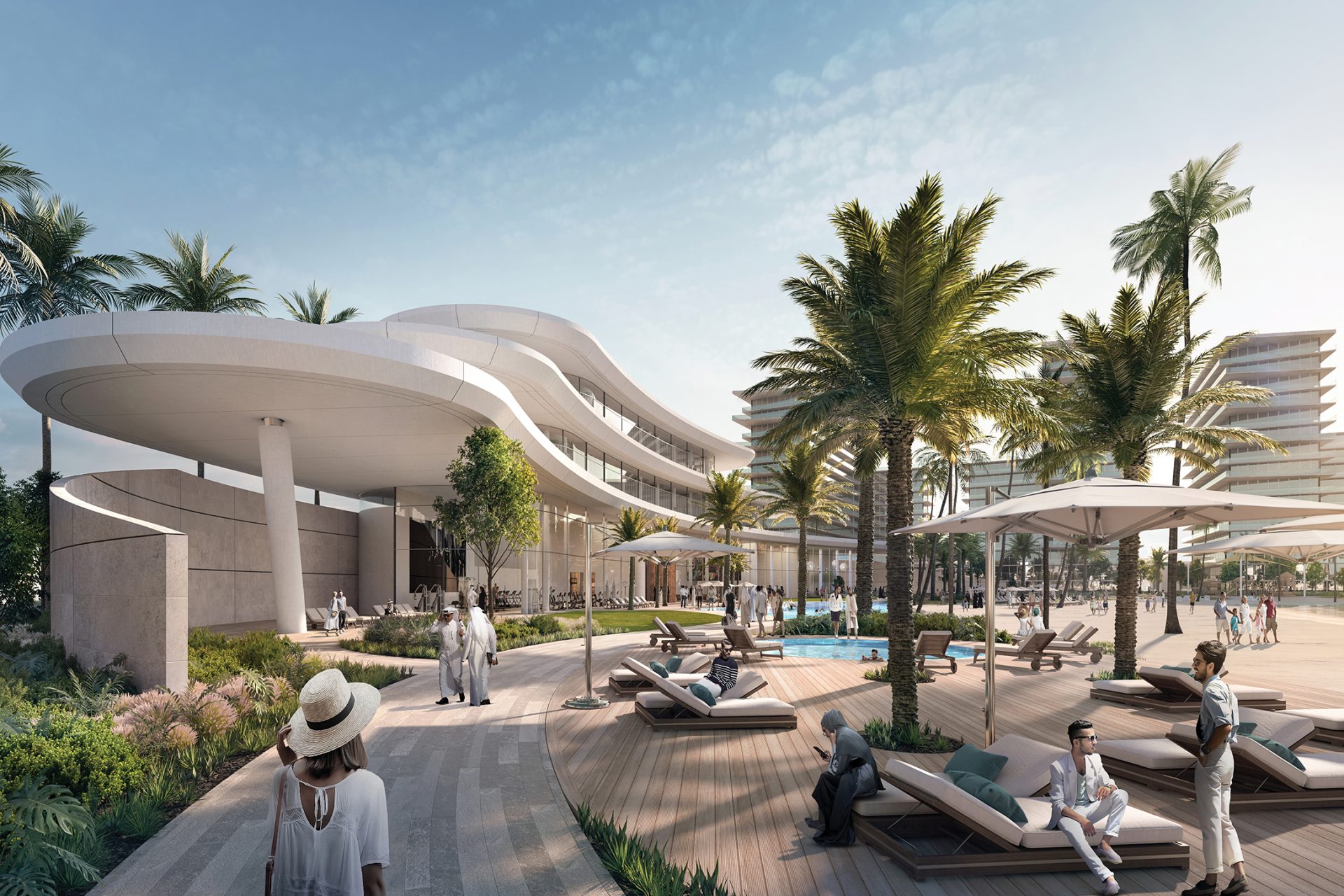 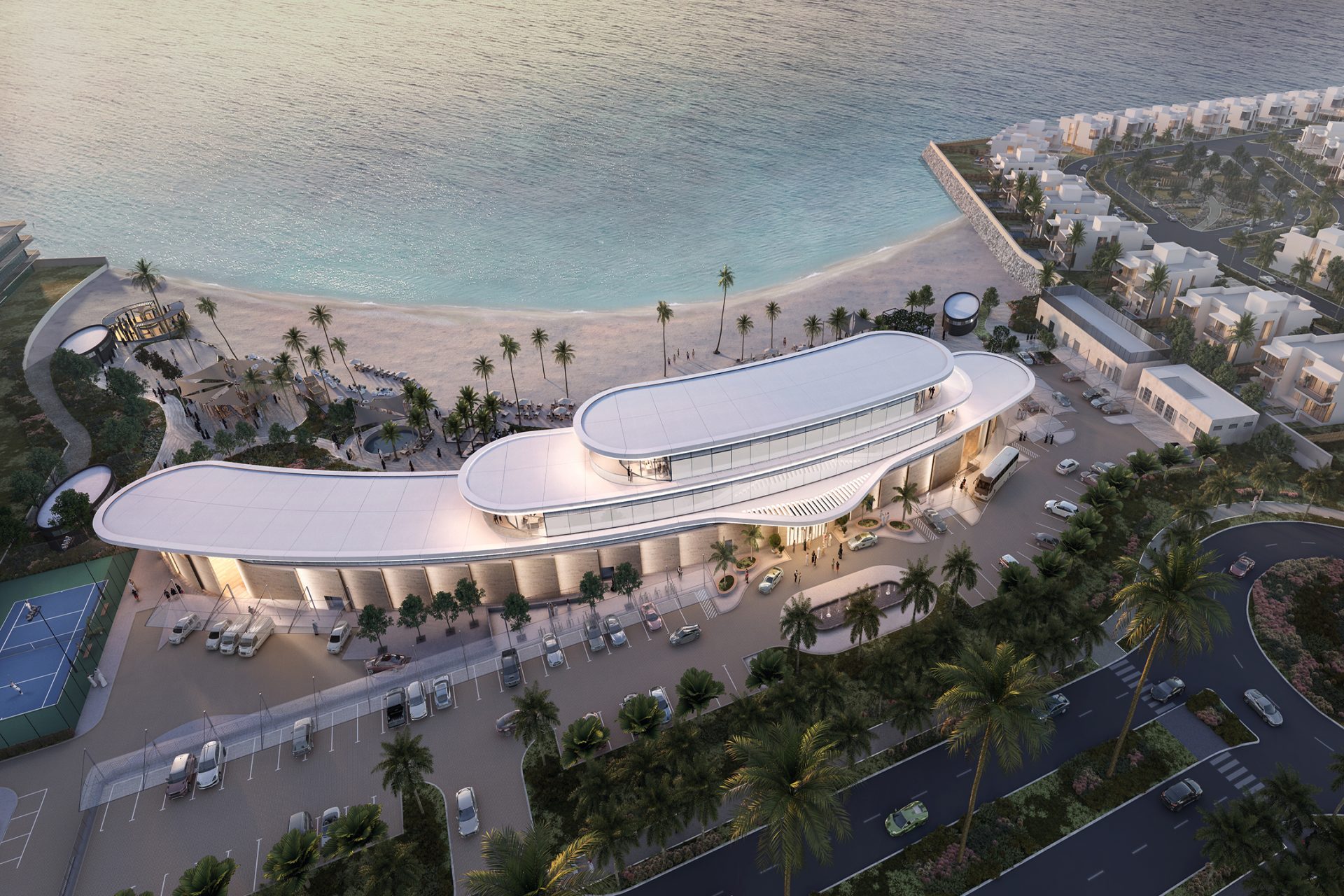 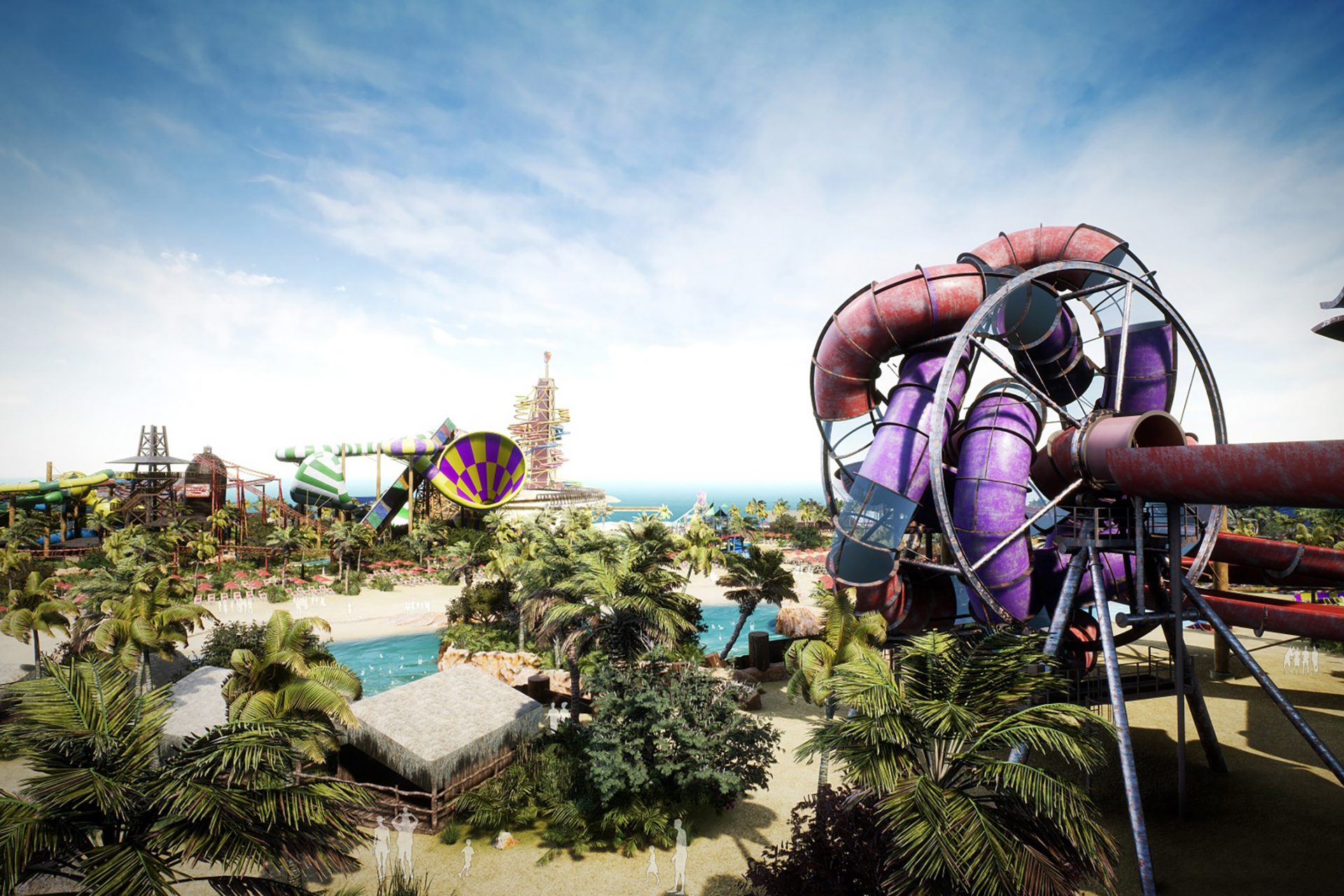 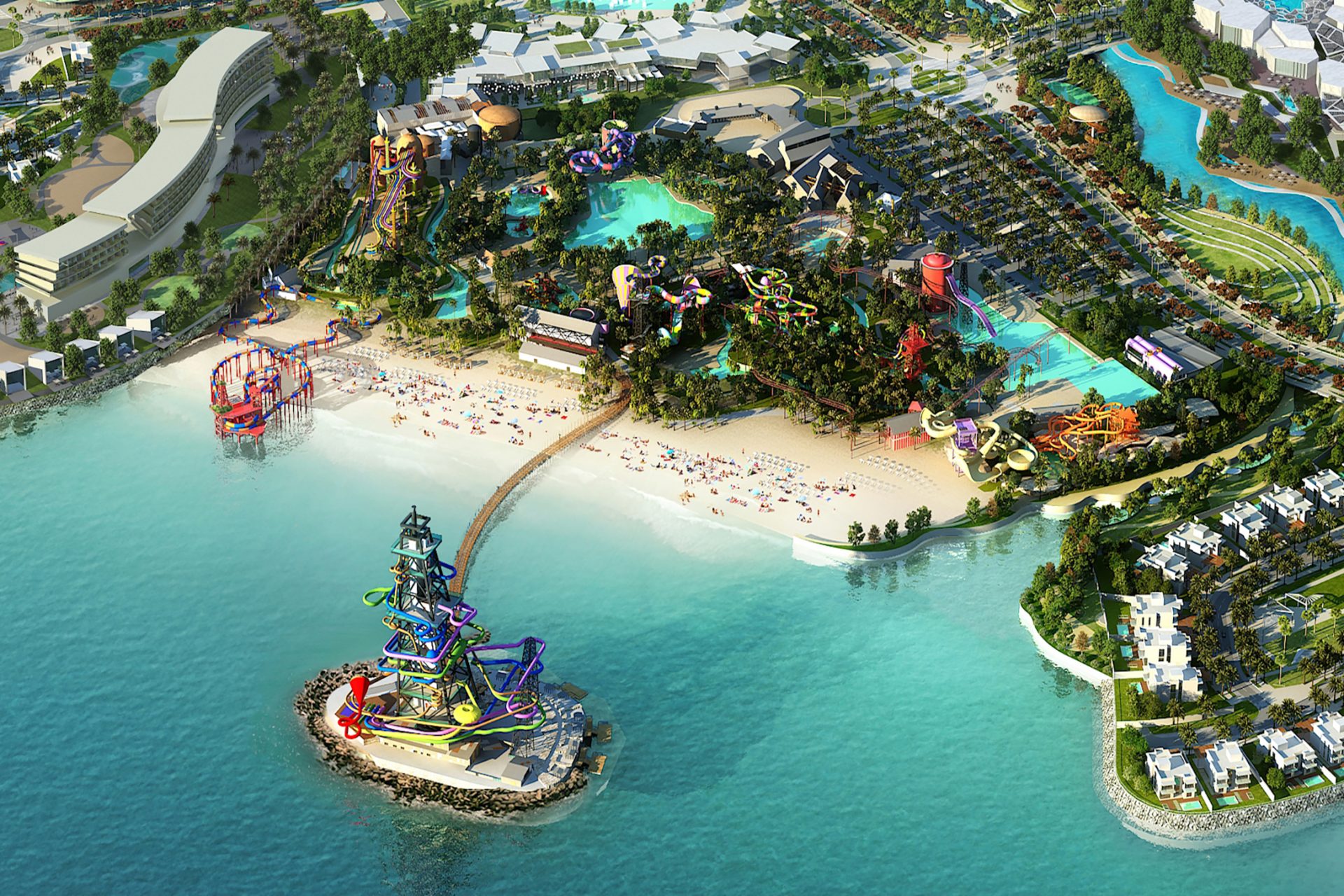 LLA: The project’s description says that its design is inspired by the rich culture and nature of Qatar. Can you please tell us in which aspects visitors will see this inspiration?

Hesham Sharaf: The Water Park themed rides are inspired by the discovery of oil in Qatar.  One of the main attractions is the iconic island inspired by the oil rig featuring the tallest water slide above 80 m.

LLA: What can you say about the uniqueness of the development for Qatar in terms of energy efficiency and environmental protection?

Hesham Sharaf: QIN is GSAS certified, walkable island, during construction taking into consideration the effect of the development of the marine life.

LLA: 2022 is going to be a landmark year for Qatar’s hospitality – your country will be hosting the FIFA World Cup, the largest international event in the region’s history. What will Qetaifan Island North offer to provide proper accommodation for the tourists and fans? 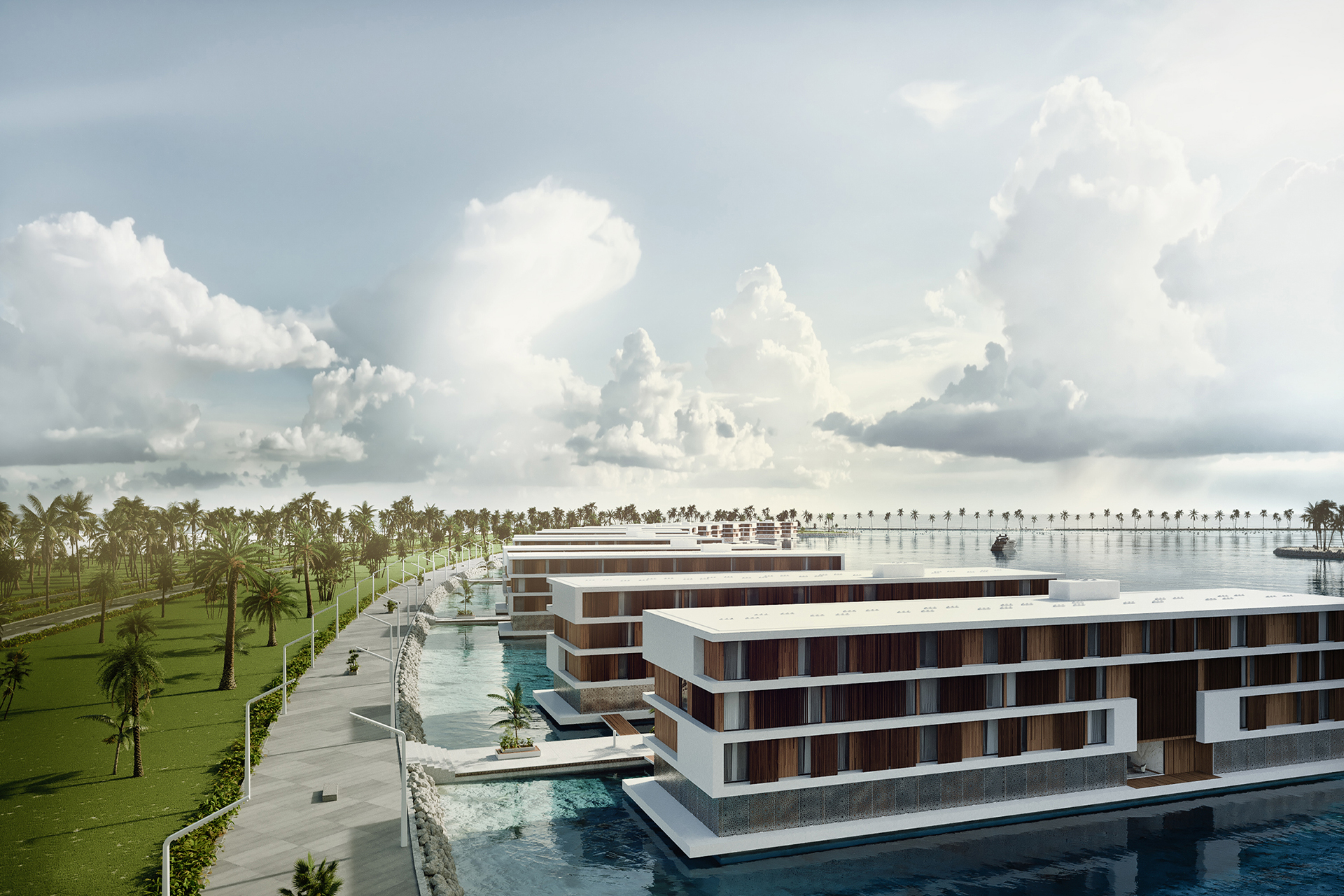 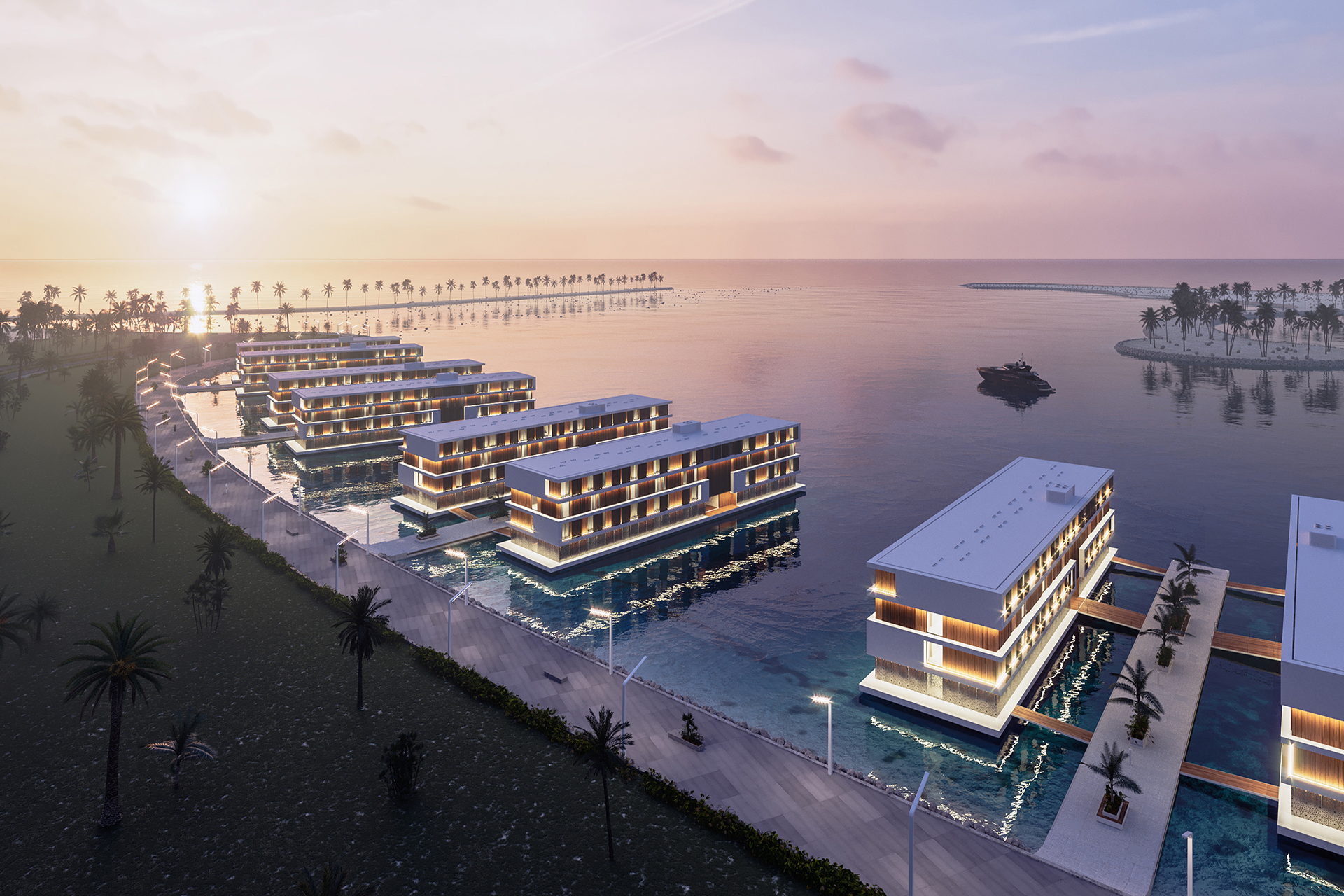 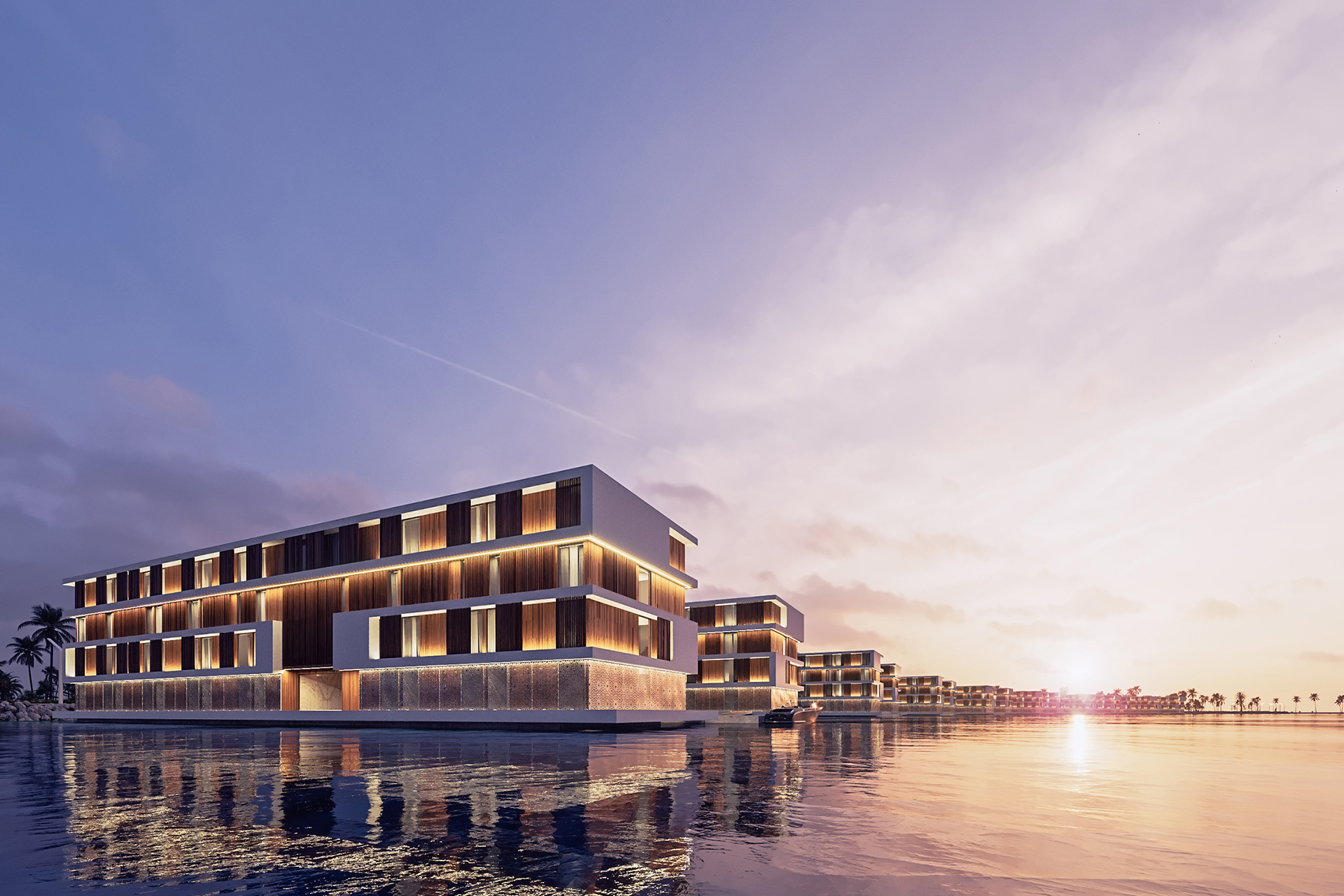 LLA: Qetaifan Island North is inextricably linked to Qatar’s future and Qatar National Vision 2030. Could you elaborate on this plan?

Hesham Sharaf: One of the main economy contributors in QNV 2030 is the Tourism sector. QIN is positioned to be a local & regional destination contributing to the economy after the FIFA World Cup 2022.

LLA: Qetaifan Island North has won Luxury Lifestyle Awards in the category of The Best Luxury Real Estate in Doha. What are your emotions about this victory?

Hesham Sharaf: This is a well thought of project that would serve the nation & fulfill the needs of the end-user beyond 2022.  It is a development that intertwined the luxury with entertainment, striking the balance between living & playing.  This project faces all the foreseen & unforeseen challenges possible from tight deadline, resources` & budget, topped with blockade & now the COVID-19 epidemic.  It’s a victory well deserved, and we are happy to be recognized by the respected experts of Luxury Lifestyle Awards.

LLA: How do you see the future of Qatar and Qetaifan Island North in this context?

Hesham Sharaf: I see QIN as a renowned local & regional destination that contributes to the nation’s economy