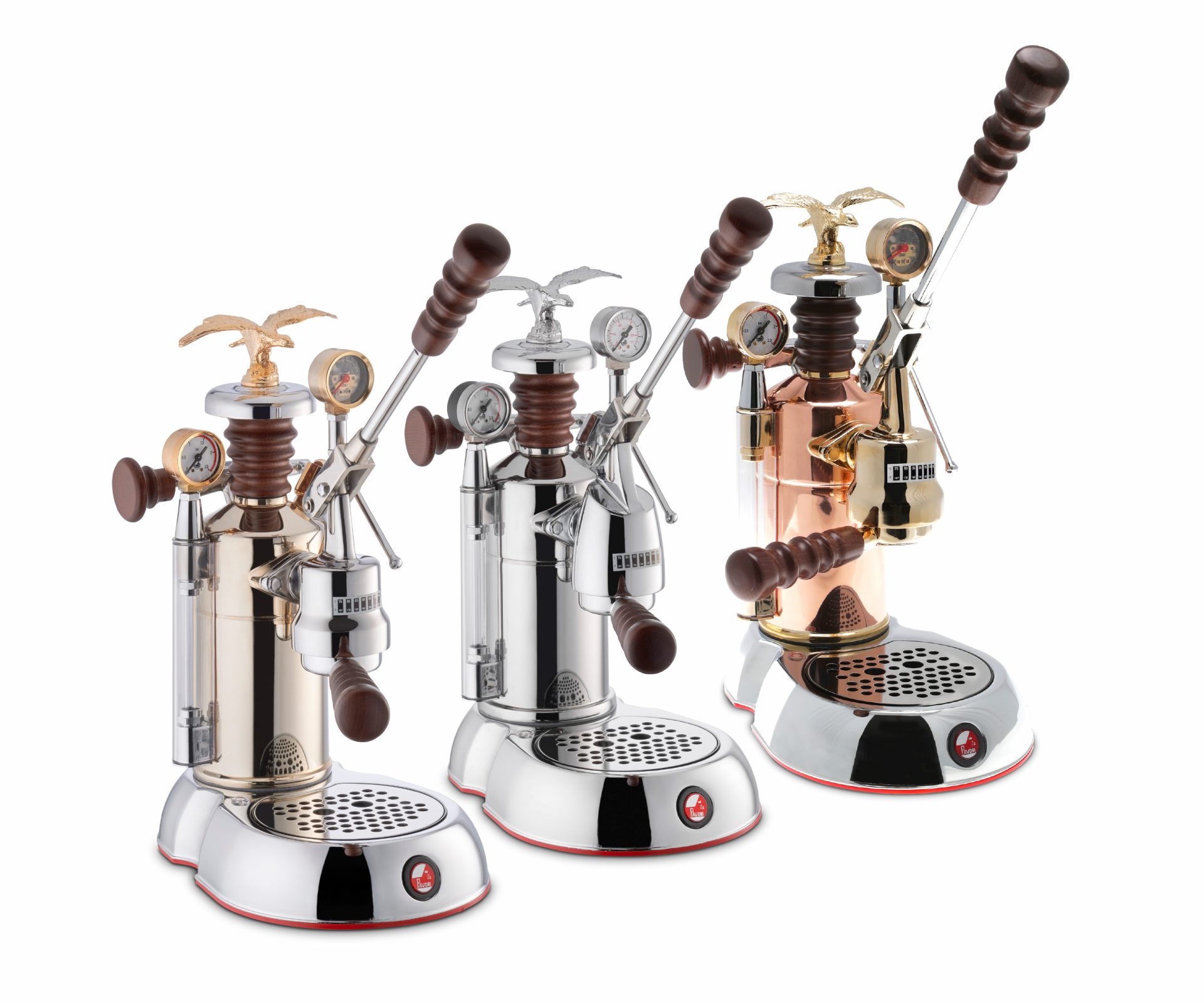 The 20th century can hardly be called stable and unambiguous. But still, there are unique examples that have shown that even against the background of the global ups and downs, true masterpieces retain their significance and withstand the test of time. One such example is La Pavoni, a manufacturer of espresso machines, which has gone far beyond its industry. This company not only made a revolution in the coffee making but also created one of the symbols of Italian culture and made history. Another sign of recognition of La Pavoni was the fact that it won Luxury Lifestyle Awards in the category of The Best Luxury Coffee Maker in the World. 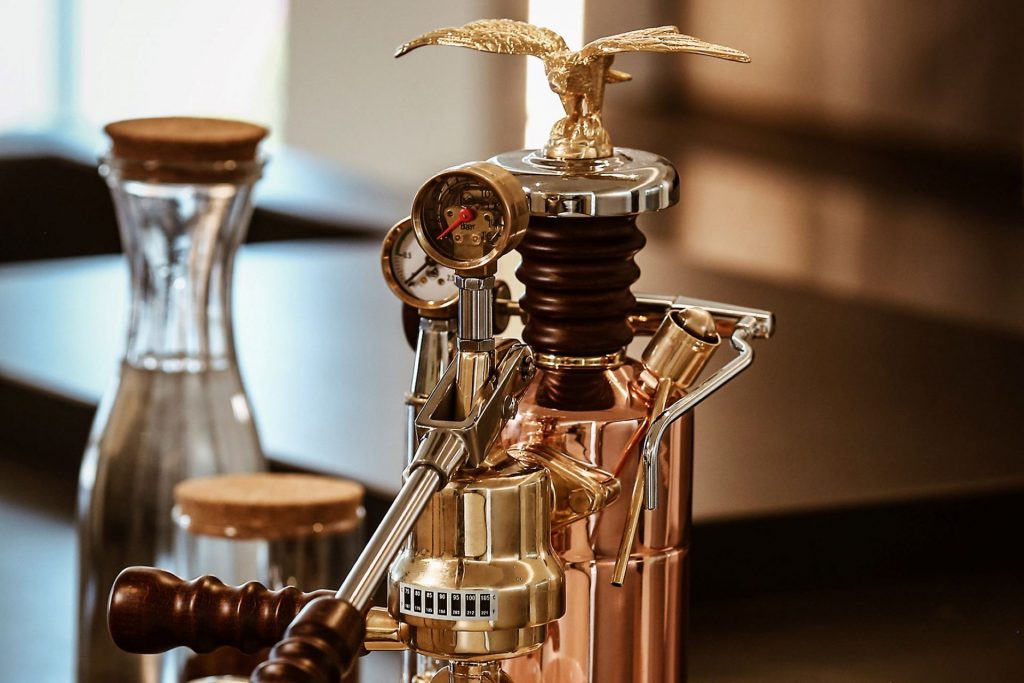 The date of birth of the La Pavoni brand is considered 1905 – the year when Desiderio Pavoni opened a small workshop to work on the first espresso machine. The project of the machine was patented back in 1902 by Luigi Bezzera, but it was the genius of Desiderio Pavoni who breathed life into it. For him, the emphasis initially was on quality materials, reliable assembly, elegant design, as well as constant technological development and innovation.

At the beginning of his journey, Desiderio Pavoni was hardly aware of how significant his invention would be decades later, how it would become an active participant in subsequent generations, and what an important cultural phenomenon espresso would become.

The basic principles of work established from the first days of La Pavoni are still relevant today. For more than 120 years, the company continued to innovate, implement new technologies, and build product lines that changed the face of the coffee industry, first in Italy, then in Europe and the world. 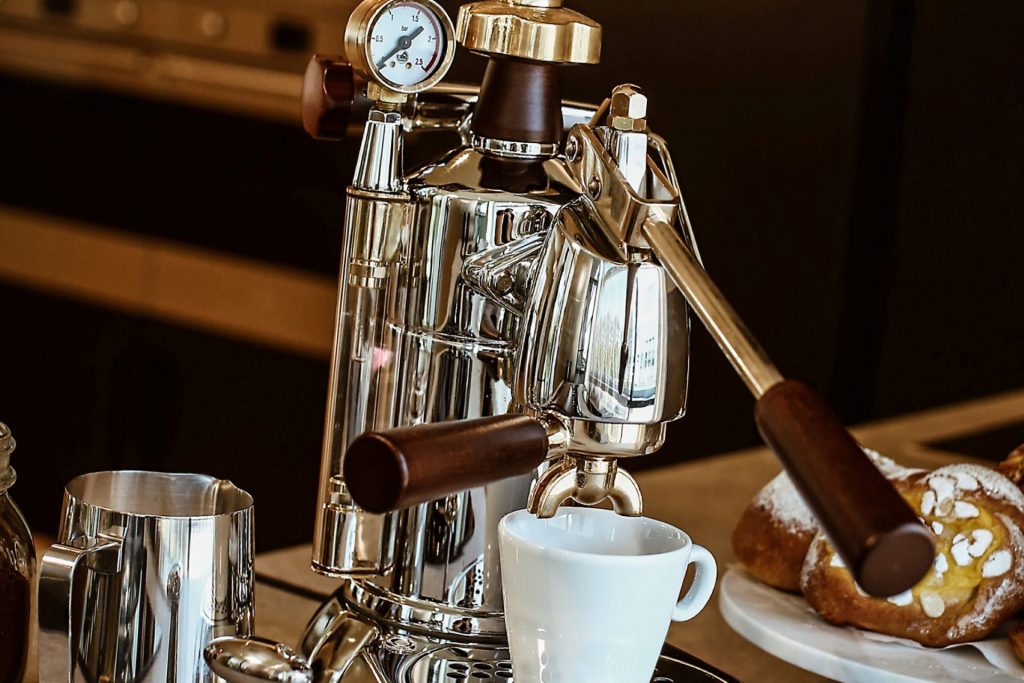 The first product, a vertical coffee machine, was called Ideale. The pressure in its boiler was 1.5 bar, and it took about 1 minute to brew, which resulted in the characteristic “burnt” flavor. With the creation of the piston espresso machine in 1948, it became possible to change the pressure when brewing, significantly reduce the time needed to brew the beverage and avoid a burnt taste.

During the following years, new ideas and solutions were implemented, engineers and designers changed. La Pavoni confidently strengthened its position in the market by introducing traditional, automatic, and semiautomatic machines. In 1961, the first electric home espresso machine was born, which is still popular today and is known as Europiccola. 1974 was the year of the creation of the Professional model, in which the luxurious design of Europiccola was enhanced by more advanced specifications. This machine could make up to 16 cups of espresso simultaneously. 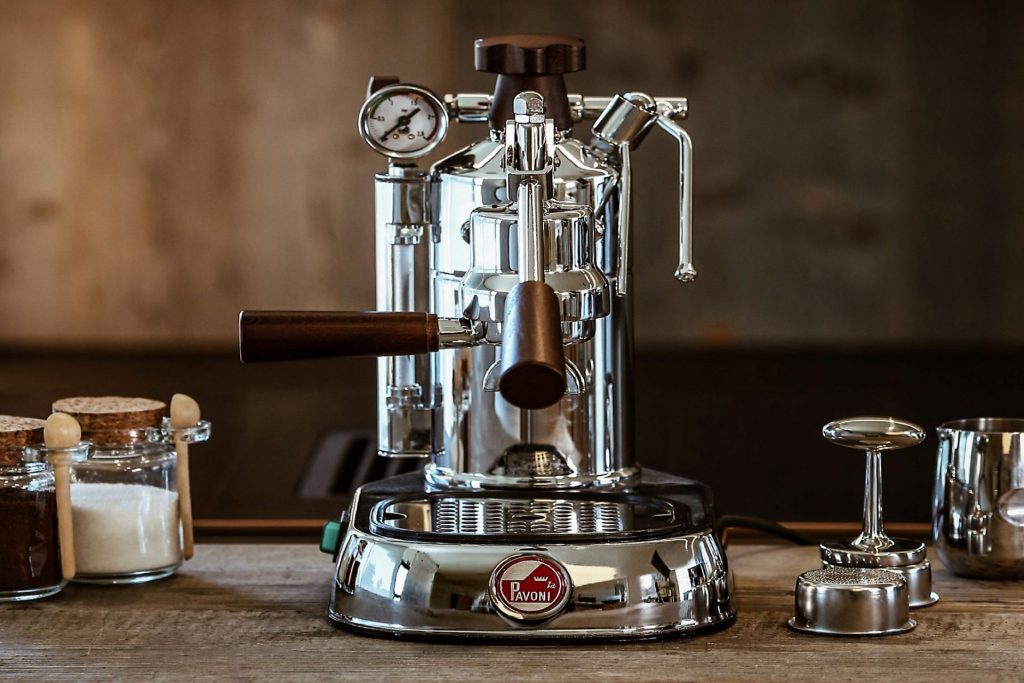 During the research, the Luxury Lifestyle Awards experts concurred that Europiccola and Professional are excellent examples of the best combination of great looks, functionality, advanced technology, and valuable materials. The unique mechanisms implemented in these lever espresso machines allow users to adjust the speed at which water passes through the coffee, making a drink that is clearly tailored to their individual taste and requirements.

True to its tradition, in the last decade, La Pavoni has created new and fascinating lever models, such as the Stradivari line, with arch-shaped levers and sinuous base reminiscent of a violin, the Expo model, and the brand-new Esperto models, the top-of-the-range lever machines.

The La Pavoni coffee machines, without exaggeration, became a cultural phenomenon of the last century. Exquisite design and aesthetic appeal give an occasion to talk about them as well as works of art. As proof of this, Europiccola appeared in the James Bond film Live and Let Die (1973). At the time of the movie’s release, espresso machines were rare in the home, and this one emphasized Bond’s sophistication and taste. Europiccola also appeared in other movies, including “Ransom” (1996), “The talented Mr. Ripley” (1999), “About a boy” (2002). Since 1974 La Pavoni Professional has been an exhibit at the New York Museum of Modern Art, which is a great recognition of the work of Desiderio Pavoni and his followers.