Expressing the Spirit of Place through Interior Design 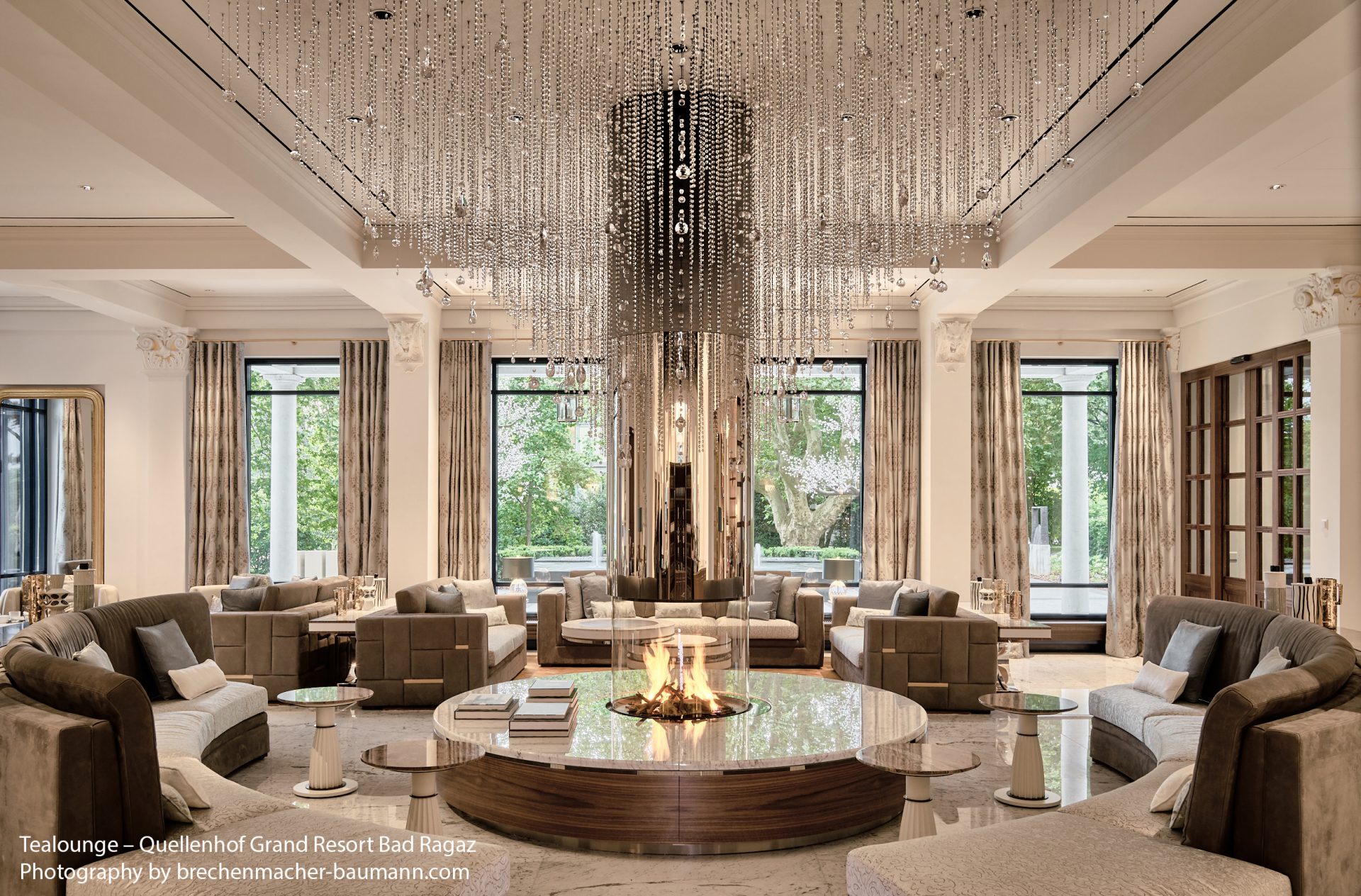 Every luxury hotel has its own personality and special story, and words are not the only way to tell it. The elegance of the place can be expressed through proper design, combining select materials and appropriate technology, light and shadows, passion and knowledge. These are only part of the instruments used by the world-renown Carbone Interior Design studio to create exquisite interior concepts that feel like the second home once the guest comes in. One of the most sought-after hotel design studios in Europe was repeatedly acknowledged in professional circles and among clients. This year brought the company a new recognition: it became the winner of Luxury Lifestyle Awards in the category of The Best Luxury Architect and Interior Design Studio in Switzerland. 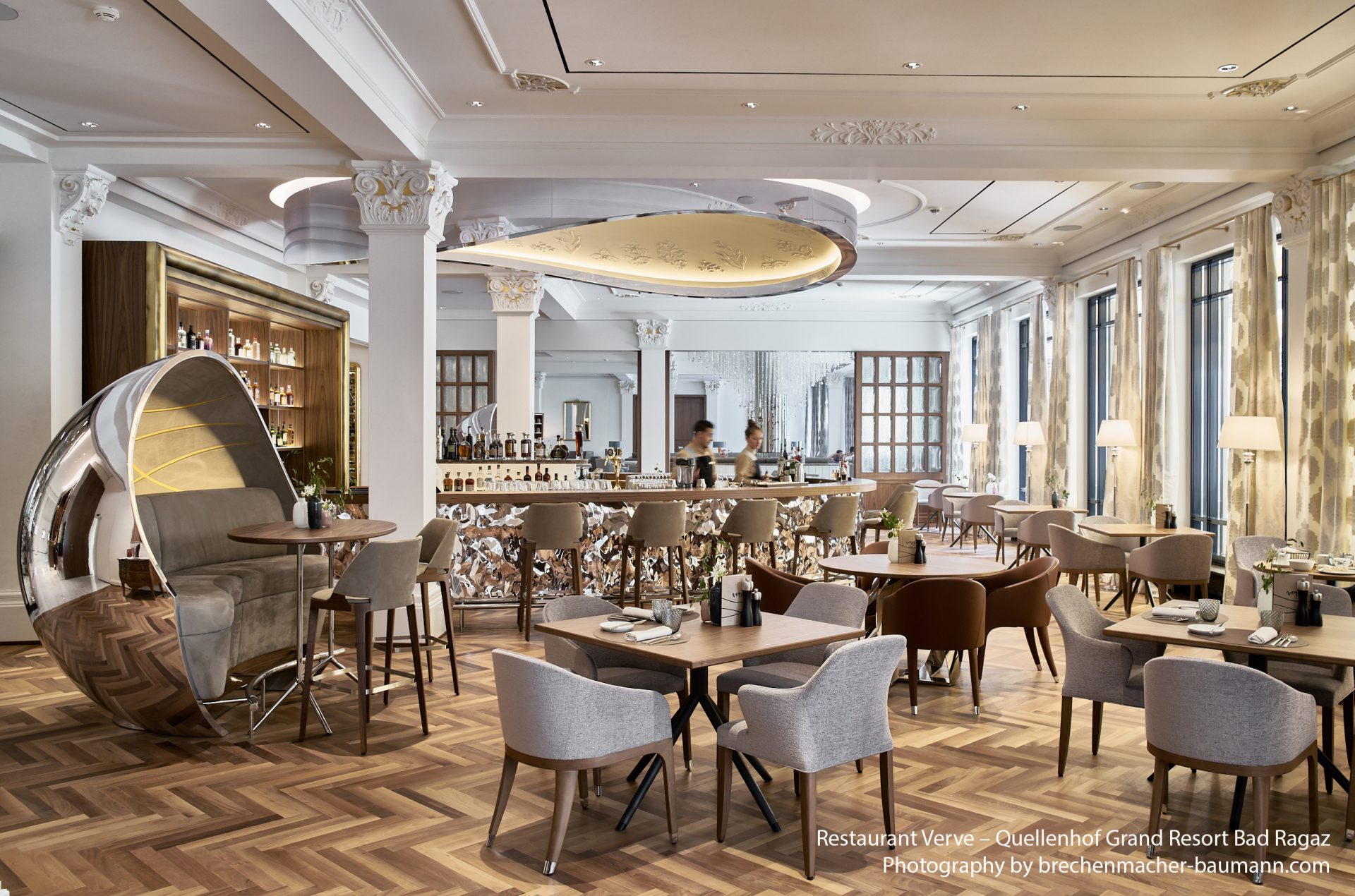 The company Carbone Interior Design was founded by Claudio Carbone, who comes from the German town of Oberstdorf. Due to fine professional training results, Mr. Carbone was supported with a state grand, so he could continue training and working in carpenters’ workshops. It was a perfect way to have a versatile professional training, and Mr. Carbone completed it at the top of his class. Since 1984 he has lived in Switzerland, where he studied interior design.

In 2000 Claudio Carbone established his own studio named Carbone Interior Design. The studio is located in the village of Wolfhalden in the canton of Appenzell. The team of the worldwide known company works in the 18th-century property equipped with modern offices. A former cowshed was turned into a showroom full of samples of materials that are used in studio projects. The property is nestled high on the mountain and has a wide view over Lake Constance. Living and working in such a stunning natural setting illustrates the founder’s philosophy of praising the natural and unaffected beauty. 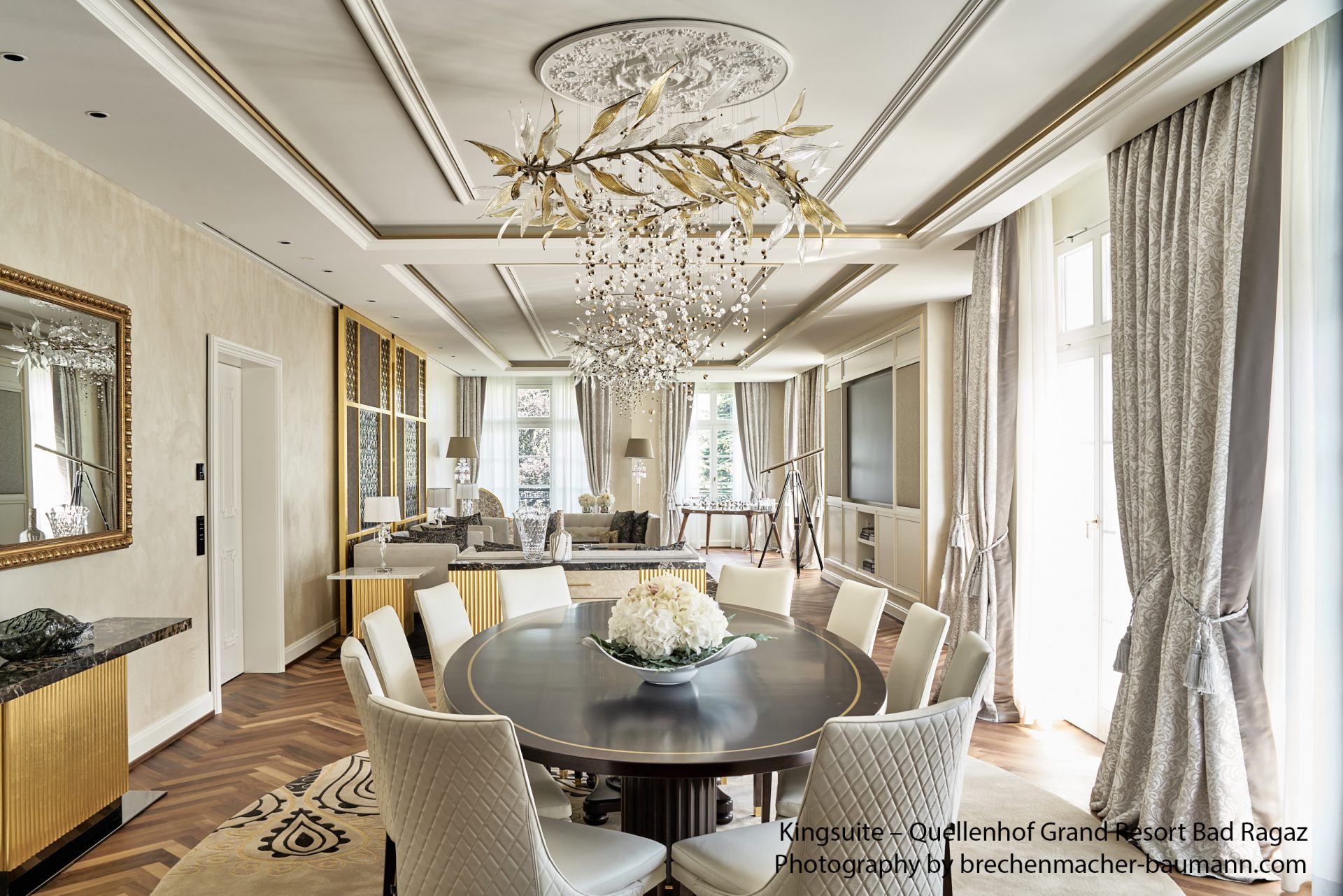 Today Carbone Interior Design is among the most demanded studios in the luxury segment. The studio has given shape to private homes of many celebrities of show business and sport. But they are mostly known for creating exclusive designs for luxury hotels all over the world.

Among the most significant projects of Carbone Interior Design is Grand Resort Bad Ragaz. The team created designs for the exclusive Spa Suites and redesigned the rooms, the public areas, and restaurants at the Grand Hotel Quellenhof. Claudio Carbone managed to provide the old sumptuous hotel with extraordinary design highlights. The unique sense of luxury embodied in special details and inherent to all works of the designer was highly appreciated by experts of Luxury Lifestyle Awards. This work is a great example of a case when modern trends must give way to timeless elegance. 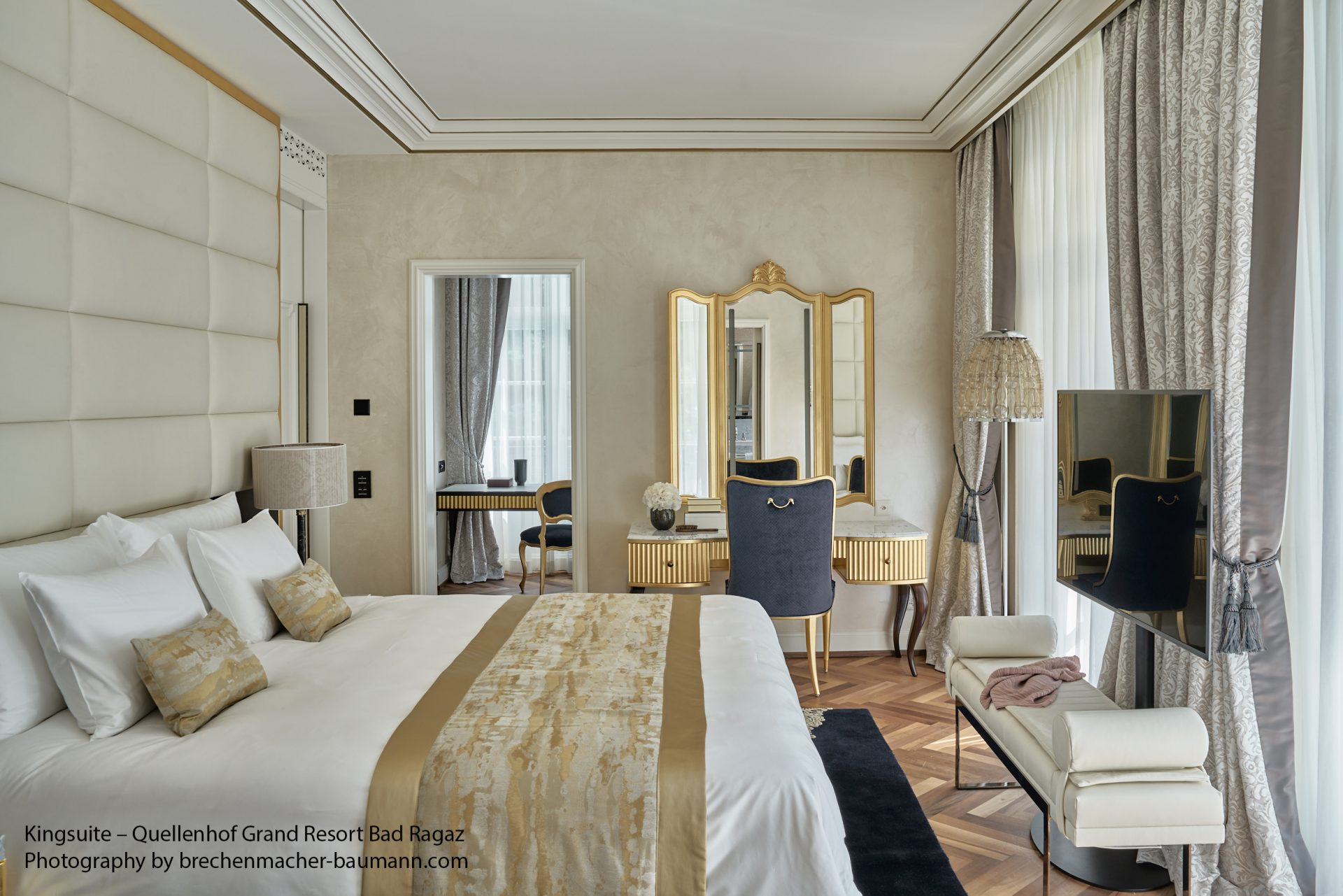 Grand Hotel Quellenhof is just one of the many different ambitious projects of Carbone Interior Design studio. It illustrates the company’s general working principles, among them being extremely attentive to the clients and their guests’ expectations, seeing the unique traits of the place and expressing them through the design, thorough work with materials and lighting.

After 20 years of running the company, Claudio Carbone has placed it in new hands. But the team of diverse professionals continues to follow his philosophy and way of working. Carbone Interior Design is still a small design studio from a small village in Switzerland that keeps impressing the whole world with its striking works. 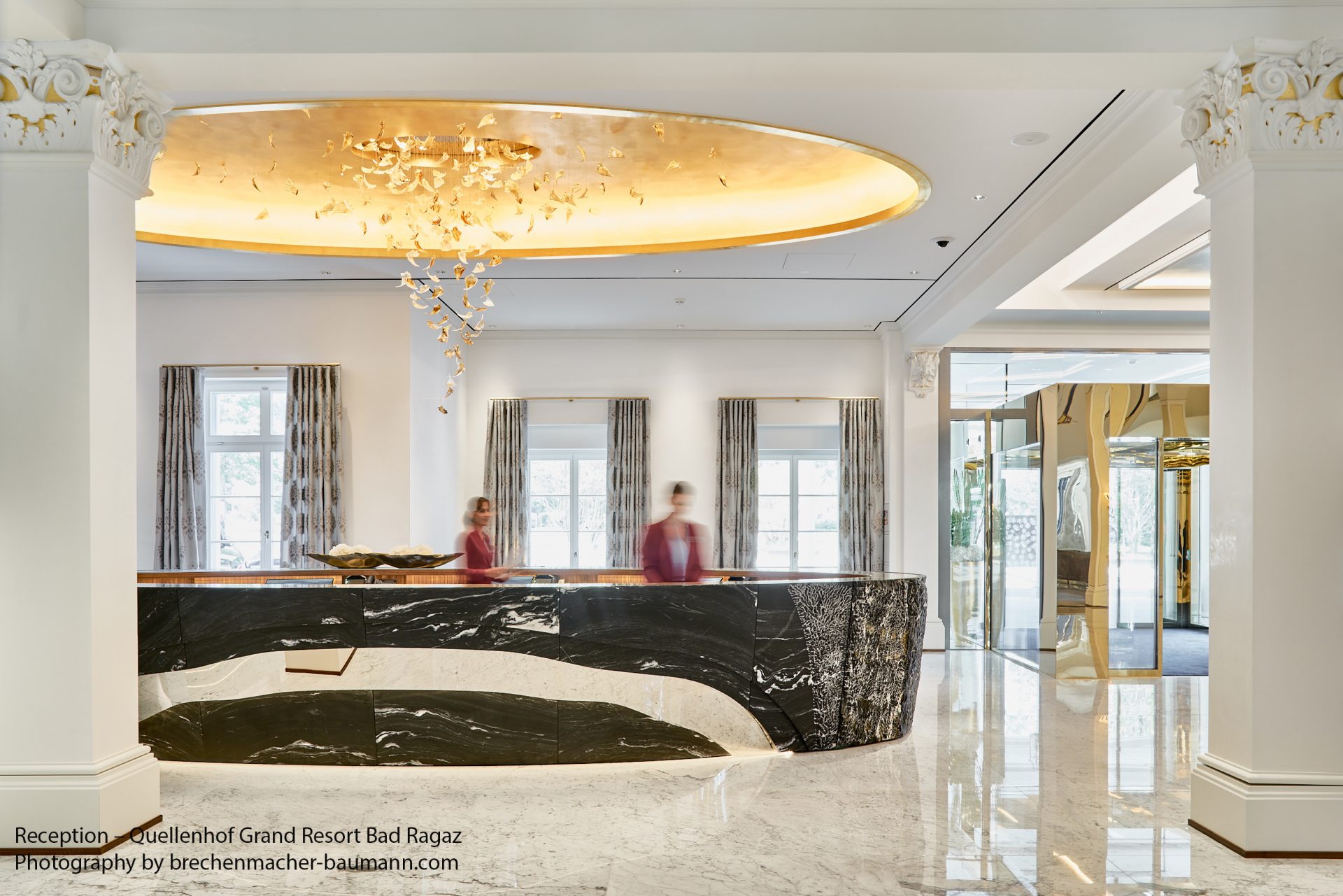