A Piece of Traditional Japan in Bangkok 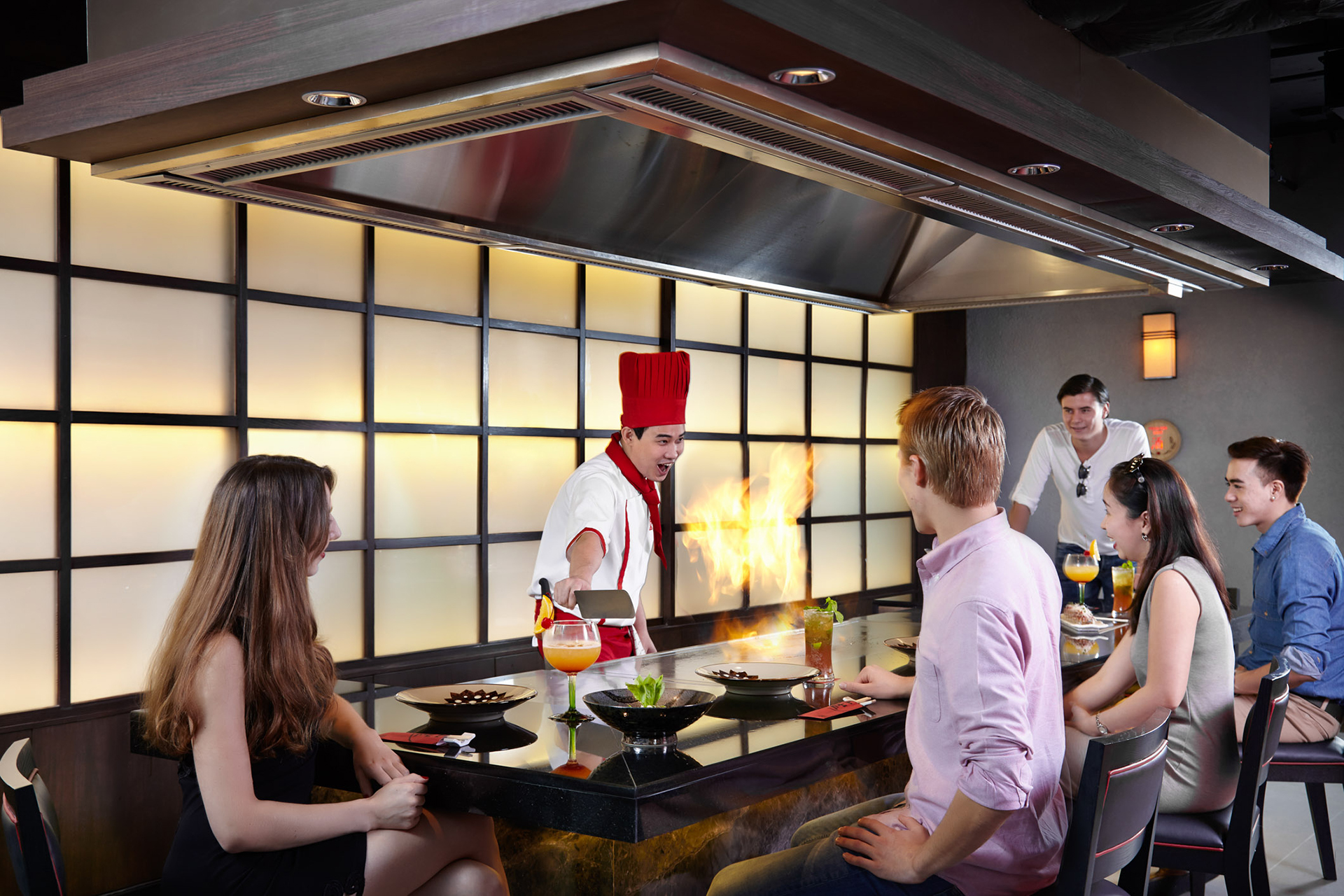 Sometimes life gives you an opportunity to experience some magic. For example, you are in one country and just in one second, you find yourself in another without crossing any borders. There is a place in Bangkok that can help you to meet this little miracle. On entering the restaurant Benihana at Avani Atrium hotel you`ll feel like you have just moved from Thailand to Japan. And since you are here – get ready for a spectacular cooking show and delicious cuisine! 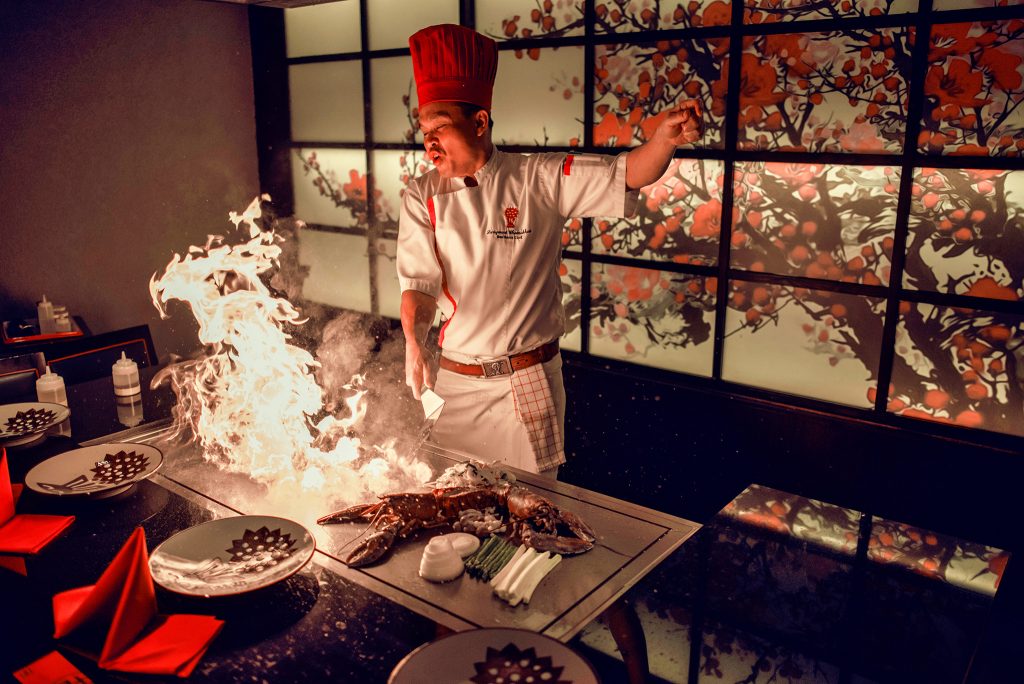 Benihana at Avani Atrium is a part of the restaurant chain, which was launched in 1964 by Japanese restaurateur Hiroaki Aoki in New York. When Hiroaki moved from Japan to the USA, he began to make his long-cherished dream a reality: the young man wanted to establish a restaurant, which would offer something out of the ordinary and appreciate the theatrical at the same time. His first four-table restaurant had several specific features: an authentic Japanese farmhouse interior, highly trained chefs preparing food right at the guests` table and demonstrating original teppanyaki style of cooking with exceptional artistry. And now, 55 years later, these features are still common to all the 116 Benihana restaurants around the world. 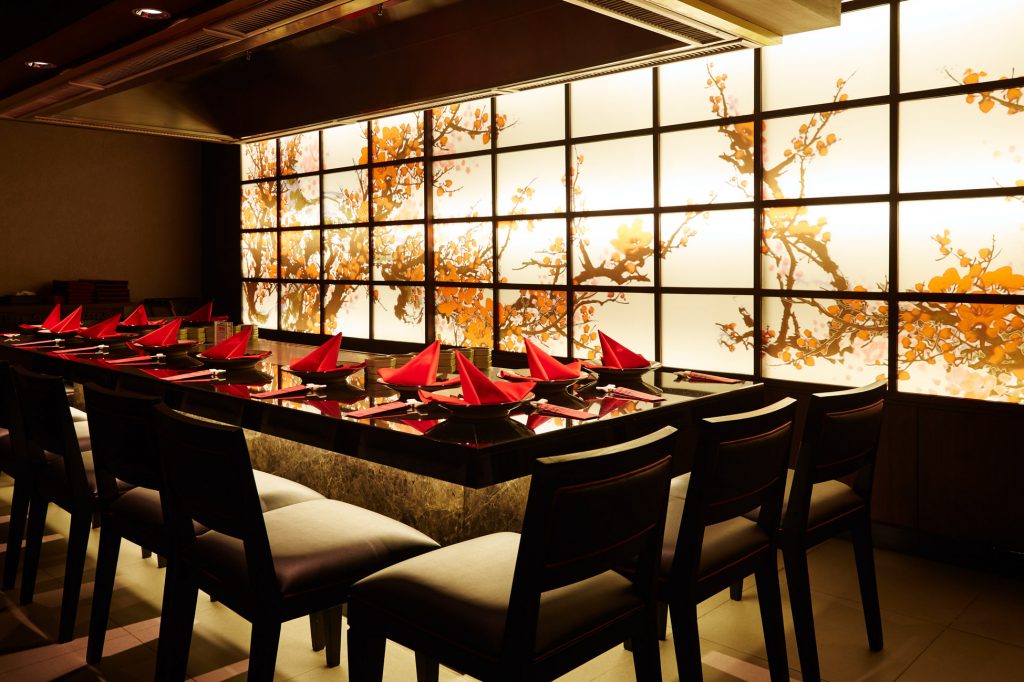 Avani Atrium Bangkok Hotel is located in a prime location on New Petchburi road in the center of the city. Benihana restaurant can be found on the second floor of the hotel. At the entrance, everything immerses you in the atmosphere of traditional Japan: iconic torii gate, taiko drums, black- and red-colored Japanese-styled interior with a touch of modernity. 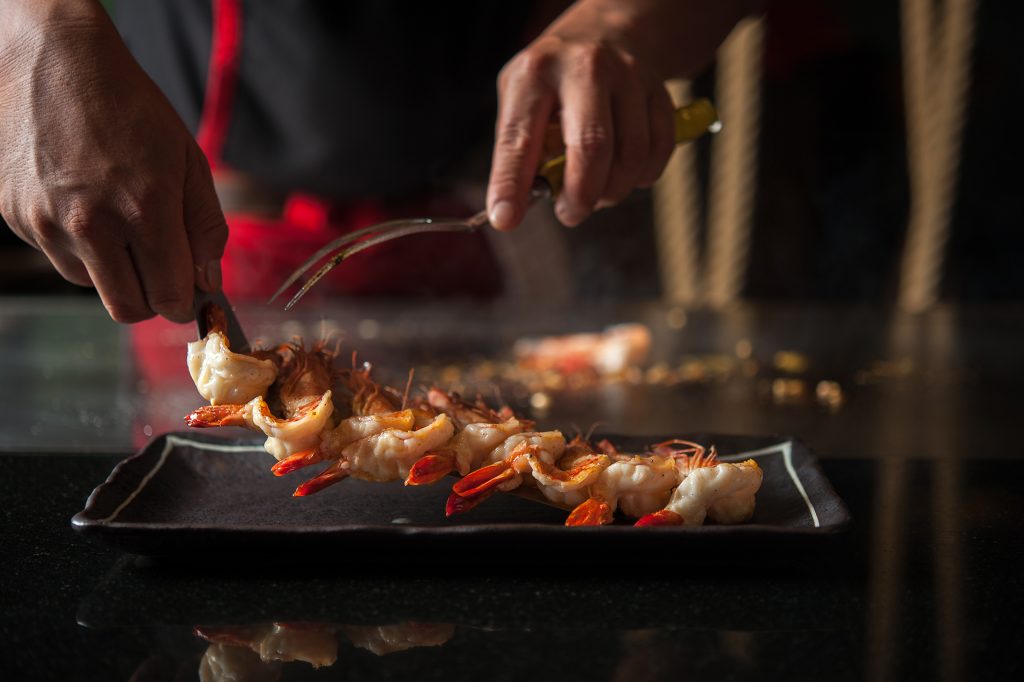 Benihana at Avani Atrium offers a rich menu comprising Japanese specialties such as different kinds of sushi, sashimi, sake and other delicious foods and drinks. But, undoubtedly, the highlight of this restaurant is the teppanyaki dishes with various choices of perfectly grilled seafood and meat. Teppanyaki (“teppan” stands for “steel grill” and ” yaki” means “broiled”) is a style of cooking, which requires the giant pan right at the guests` table and the chef, showcasing his artistic abilities and cooks mastery. That is when “eatertainment” begins. 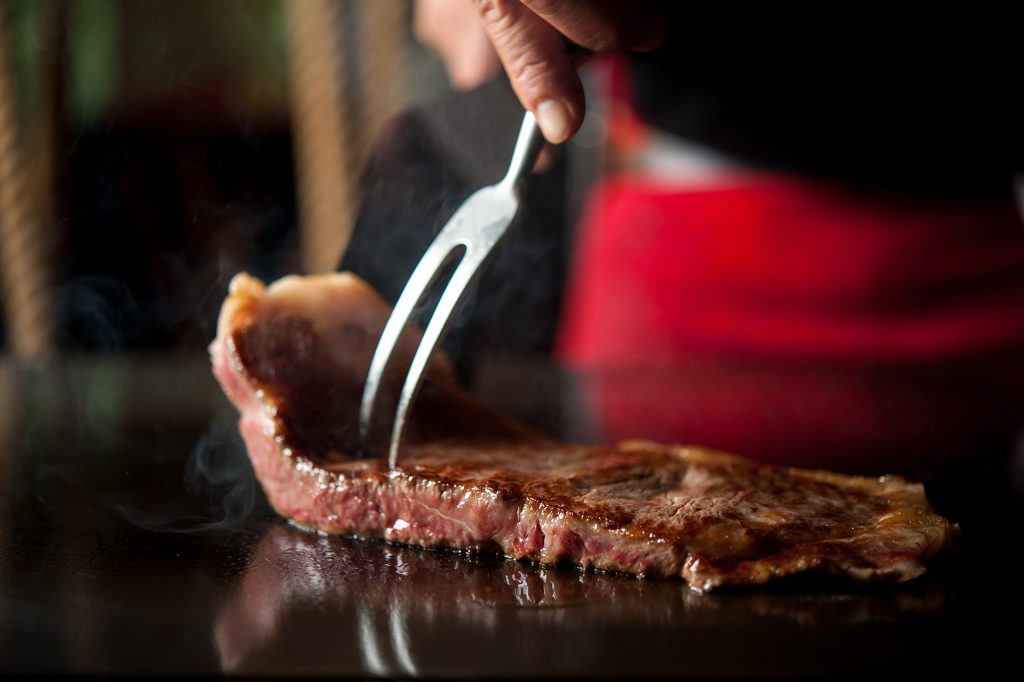 Hiroki Aoki was confident that the chef`s showmanship is no less important than the quality of his dishes. The chefs of Benihana at Avani Atrium exemplify this belief completely. The restaurant is famous for its amazing culinary performances. The chef slices and sears, juggles spice shakers, taps the tabletop with grill fork and spatulas, precisely swings the knife around, throws an egg into the air and juggles it, flips the meat onto the guests` plates and sets the tabletop on fire right in front of the diners` table. While this spectacular cooking the chef continues to entertain the guests: he talks to them, makes jokes, suggests repeating his tricks. This is a kind of show, which will not leave anyone indifferent. Especially, considering the marvelous taste of the dishes that were cooked during the performance. 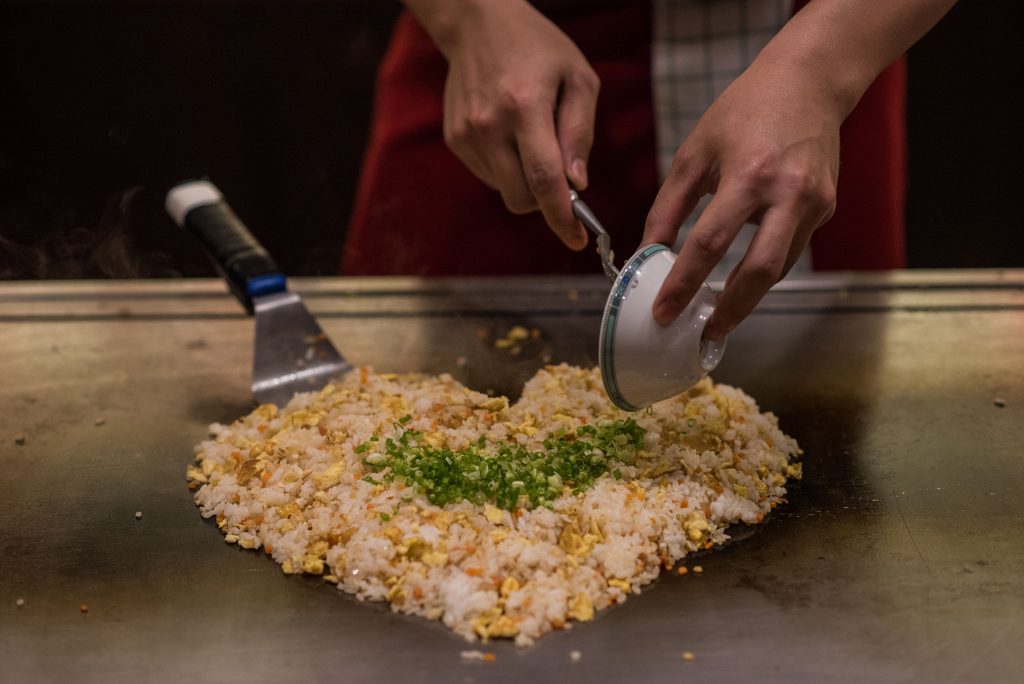 Benihana at Avani Atrium is a perfect place for a romantic date, quiet evening with family or spending time with best friends. This restaurant is also a great choice for the birthday parties and celebrating holidays – the pleasant atmosphere and highly-skilled team will keep the guests of all ages entertained. 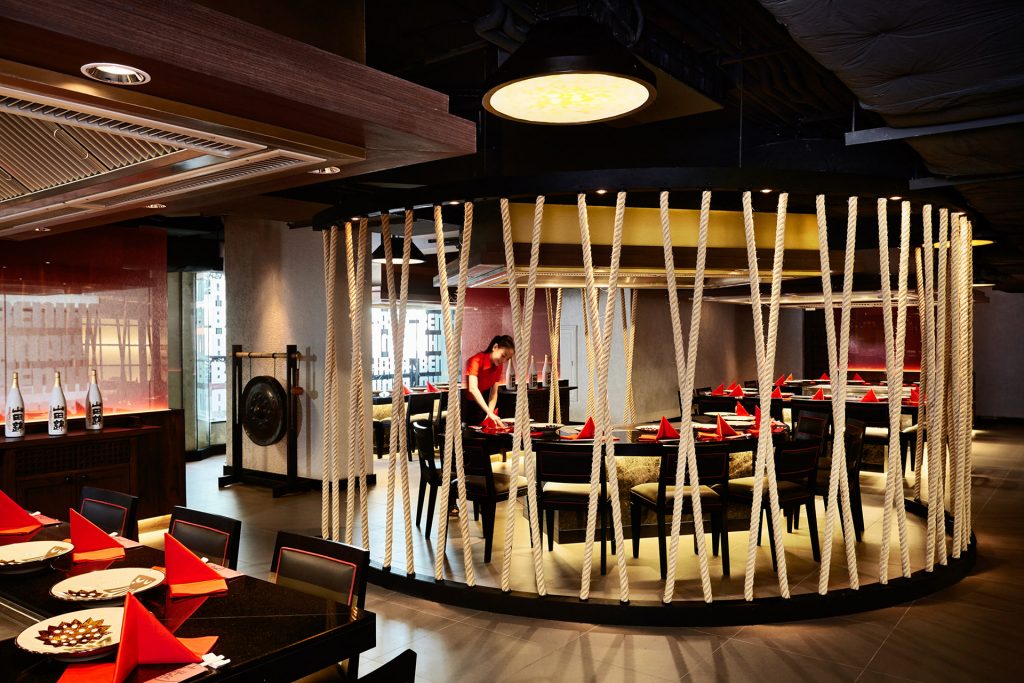